The project
BeyondtheSUD (BETSUD) project is proposed by a consortium composed by: Teatro della Città srl – Theater Production Center, Catania (project leader), Teatro Libero Palermo – Theater Production Center, Scena Verticale (Castrovillari), Teatro Koreja (Lecce), Nuovo Teatro Sanità (Naples). The project is among the winners of the tender “Boarding pass plus” promoted by MIBAC – Ministry for cultural assets and activities (Italy).
BETSUD wants to promote new models of management and production of Italian cultural companies in the international context, with a focus in Latin America. At the same time it wants to help grow young artists and operators under 35 in an international context.
For the first year the project has identified two international partners: El Jardin Sahel – Center of creative residency in Buenos Aires (Argentina) and Cena Brasil Internacional festival in Rio de Janeiro (Brazil).
BETSUD wants to relate producers/organizers, playwrights and directors, considered fundamental elements of the creative process, in a constant confrontation, for the realization of two theatrical productions and an online archive of new Italian and Latin-American dramaturgy.

Participants
26 young directors, playwrights and producer / organizer from all partner countries have took part in the first edition.

The Argentine playwright Giuliana Kiersz was selected later by the prestigious Akademie Schloss Solitude in Stuttgart. 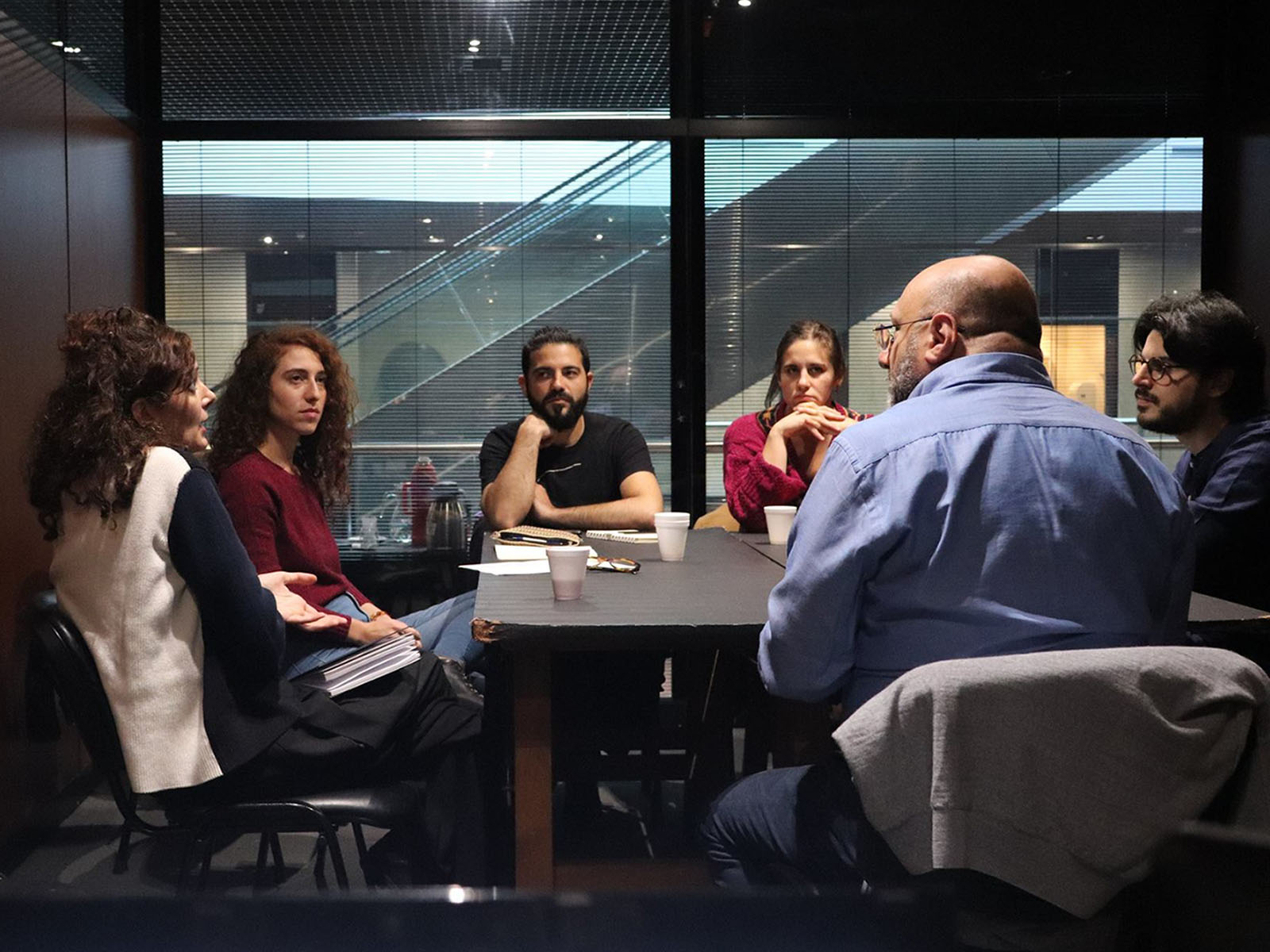 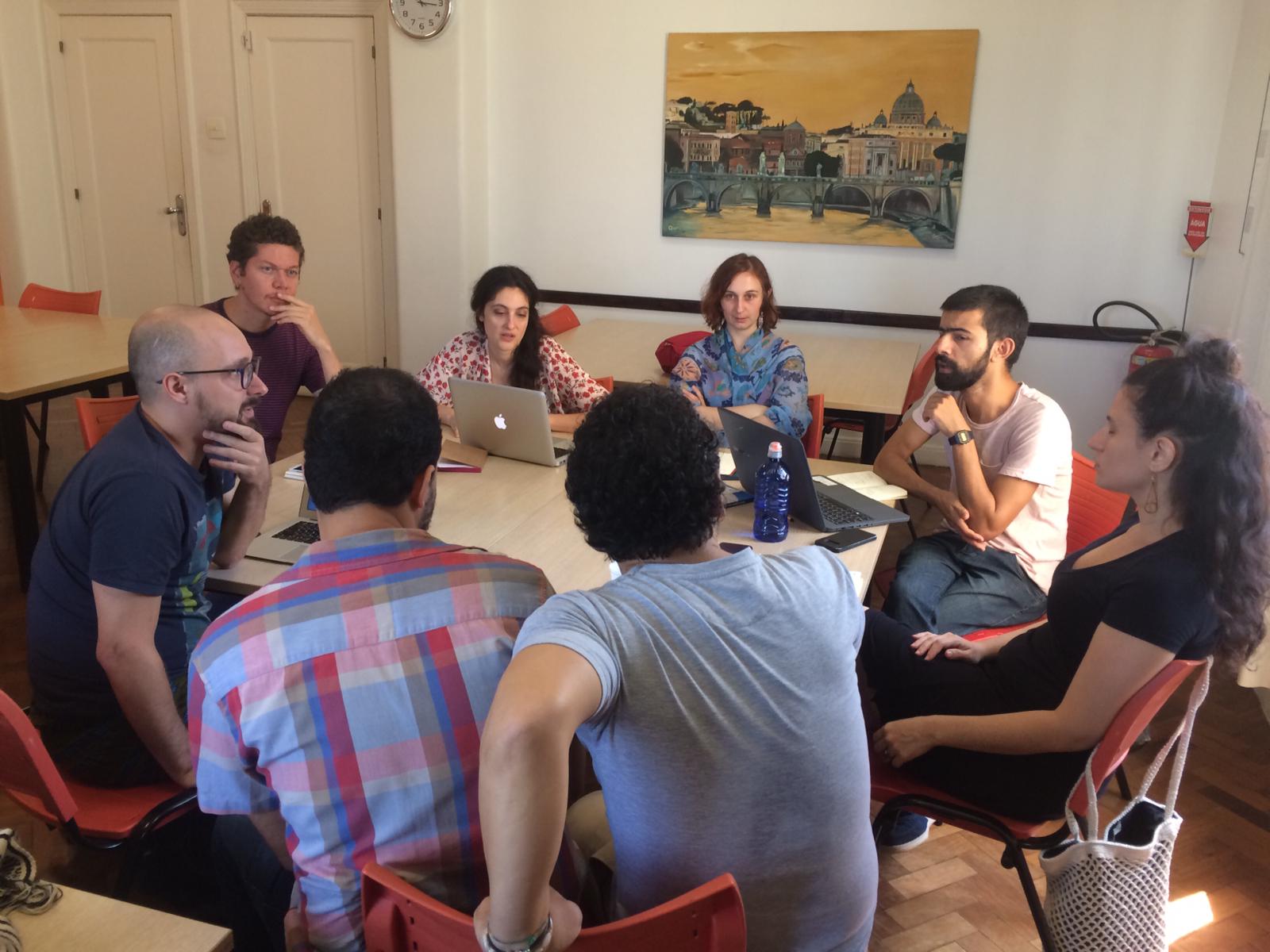 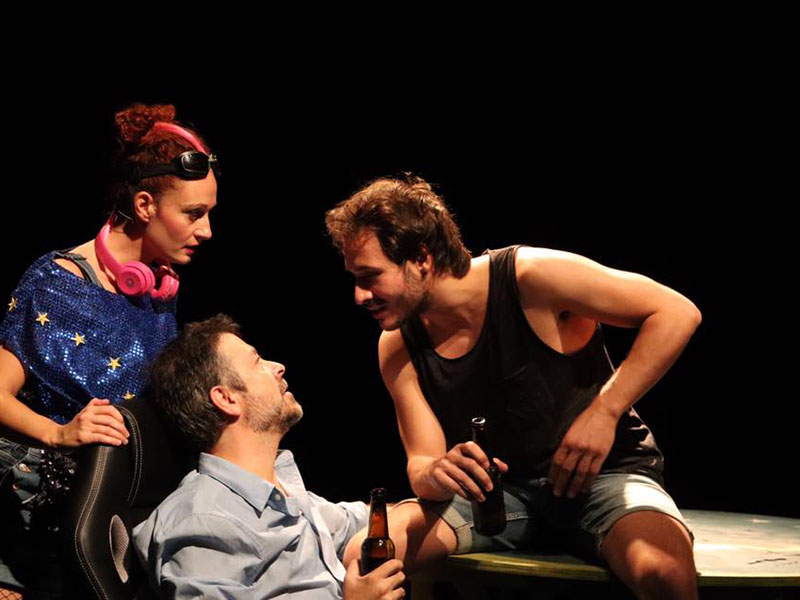 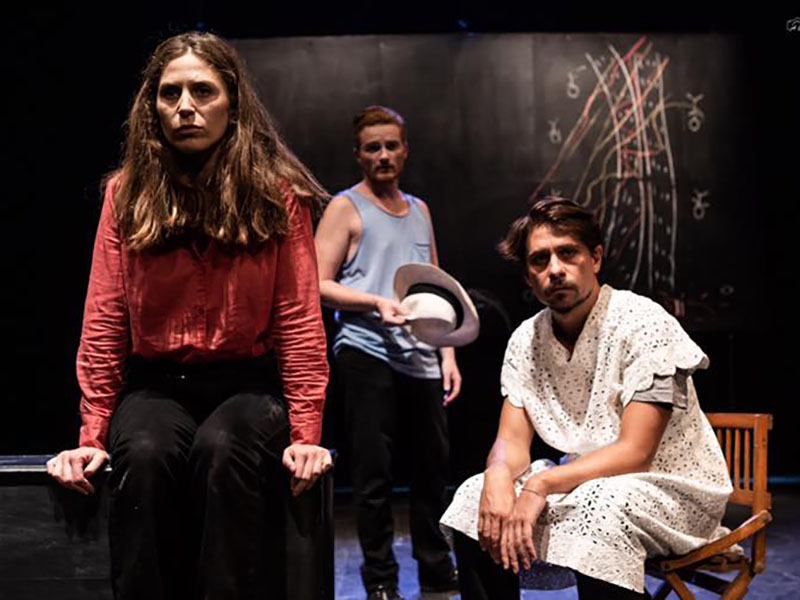 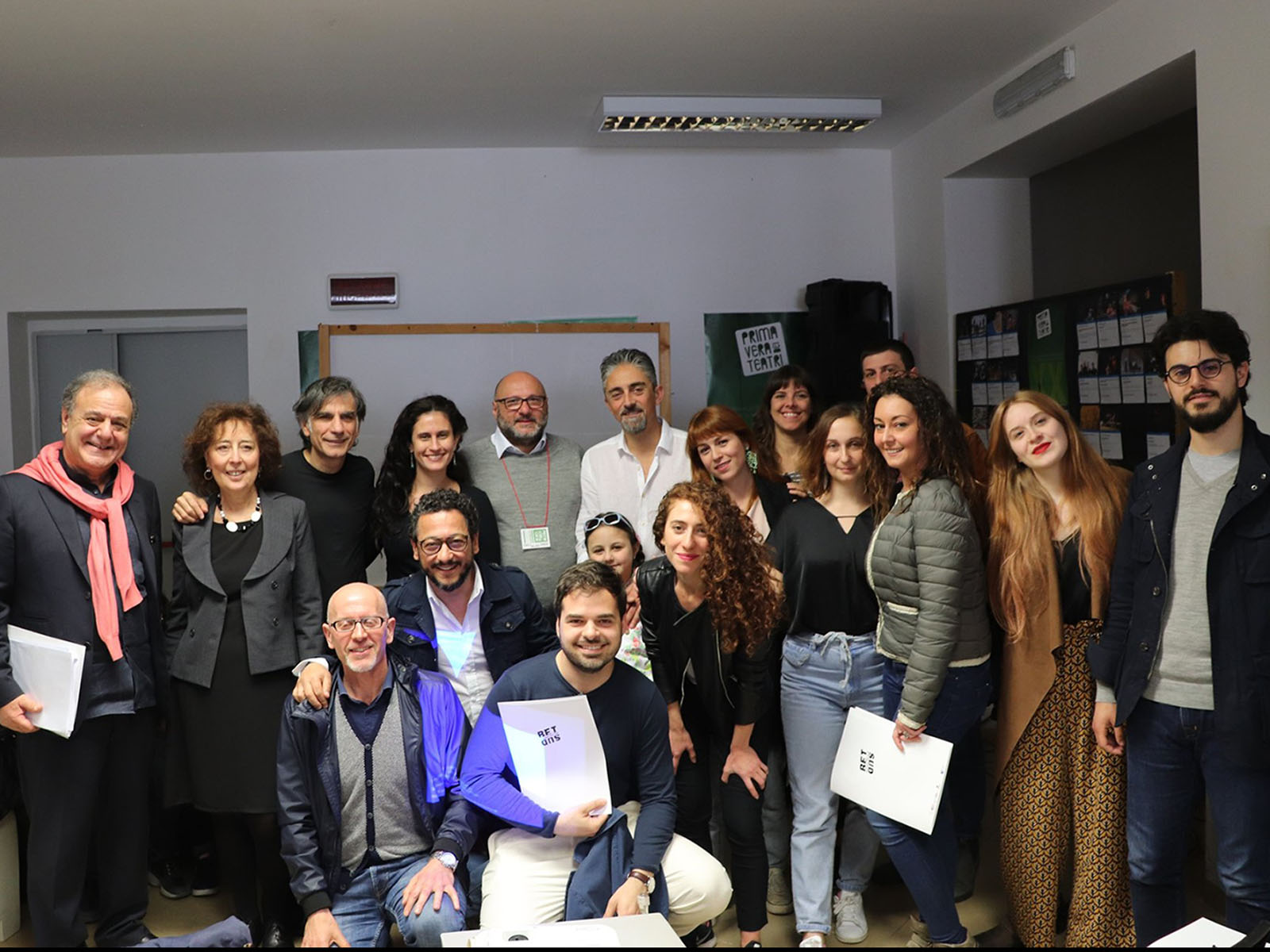 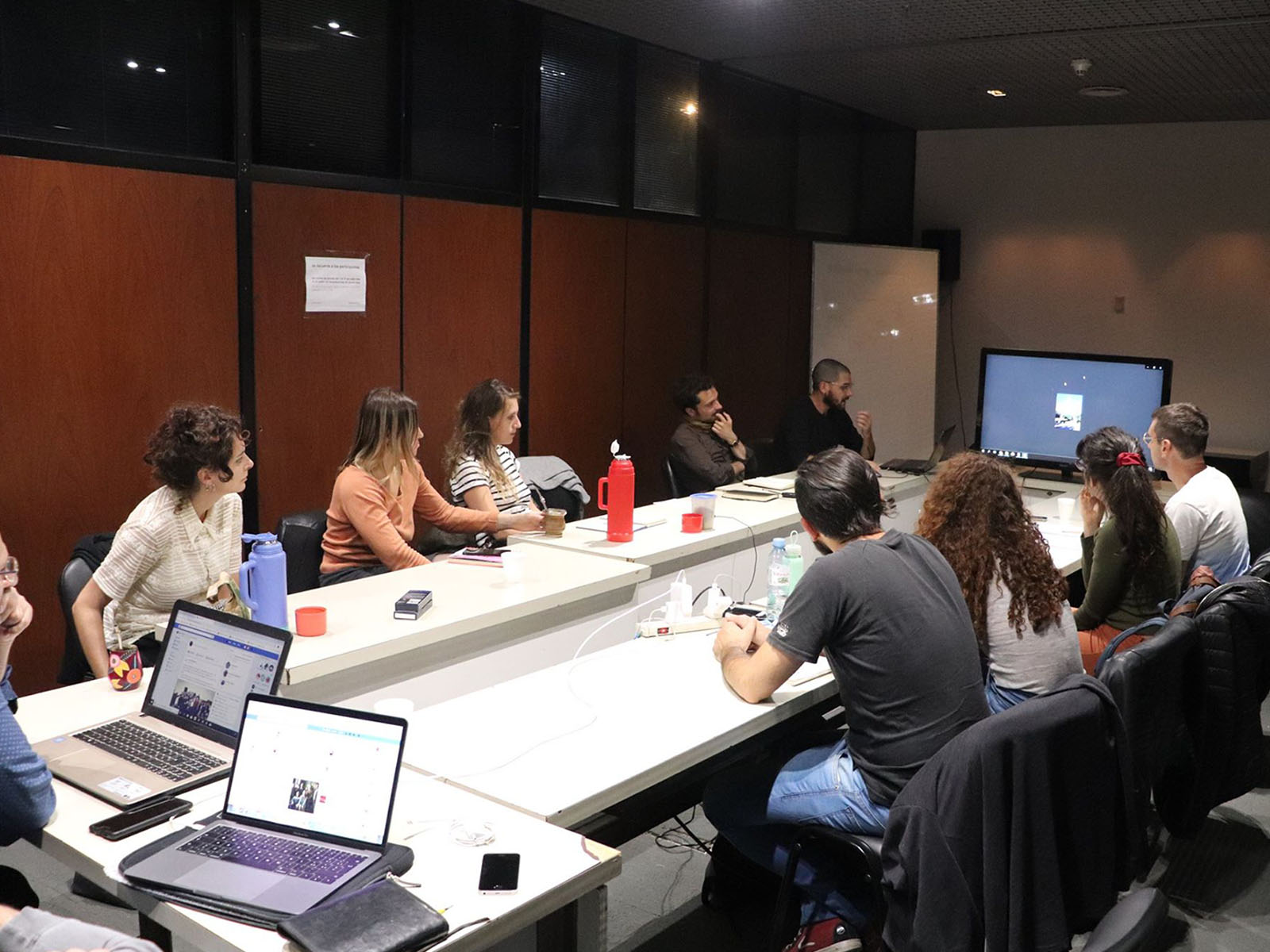 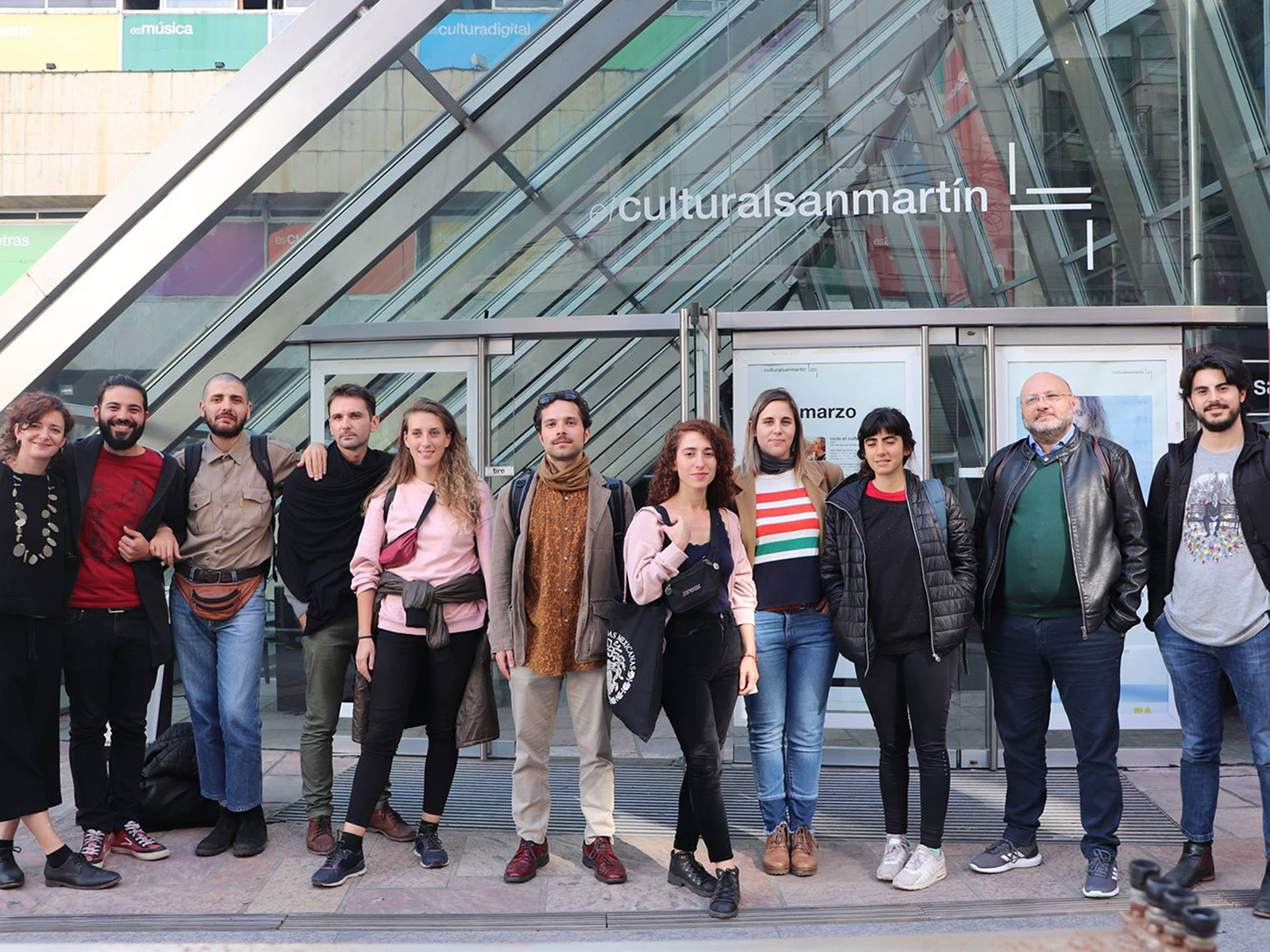 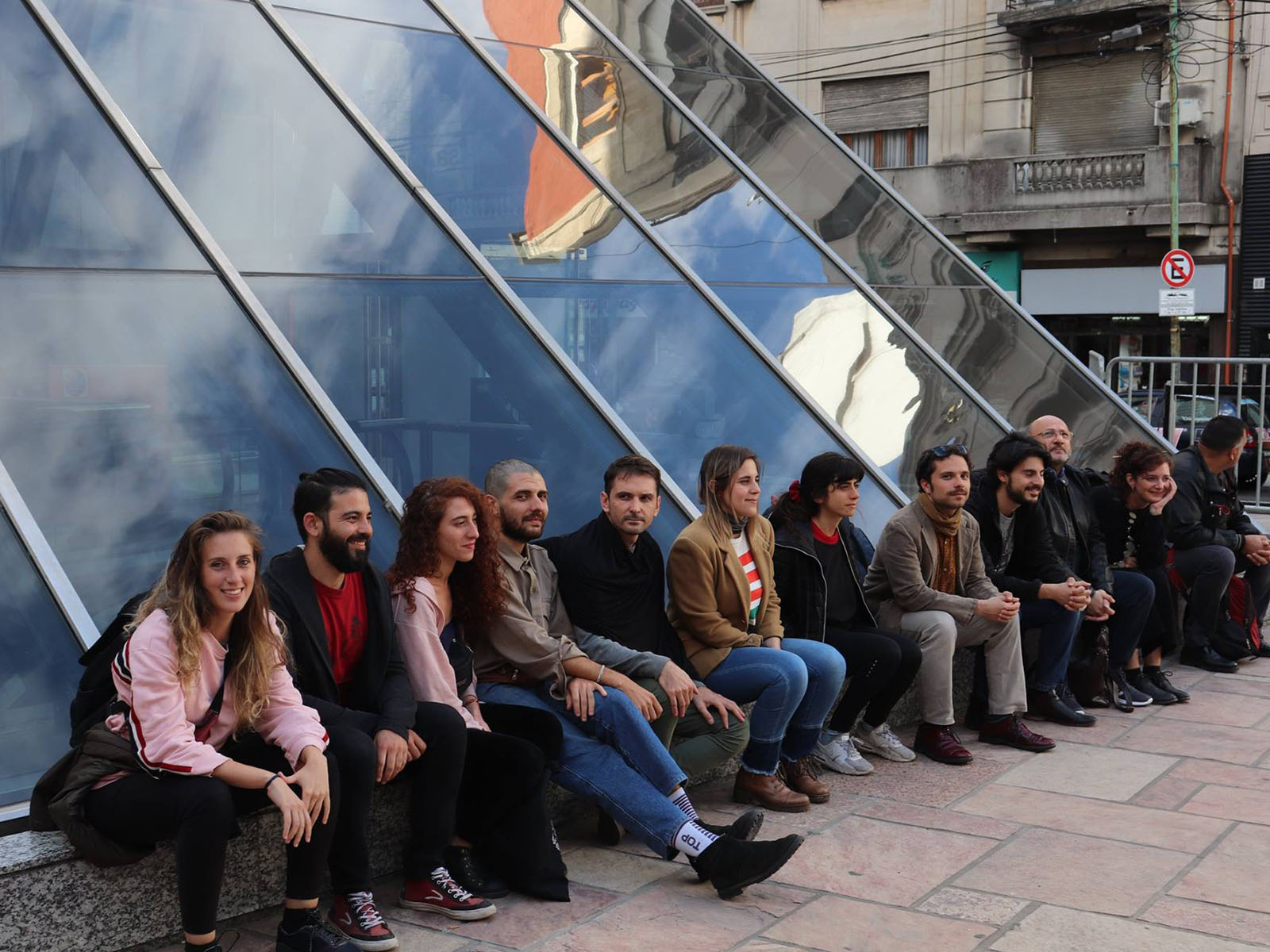 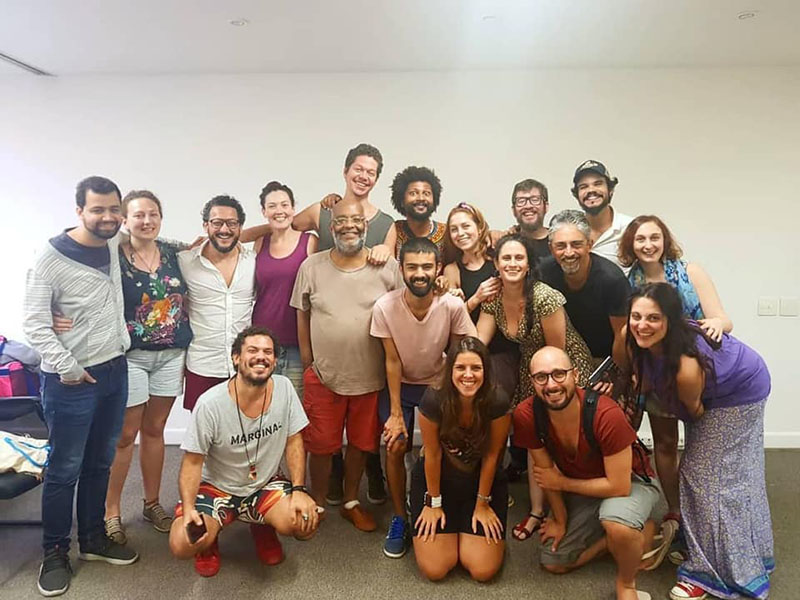 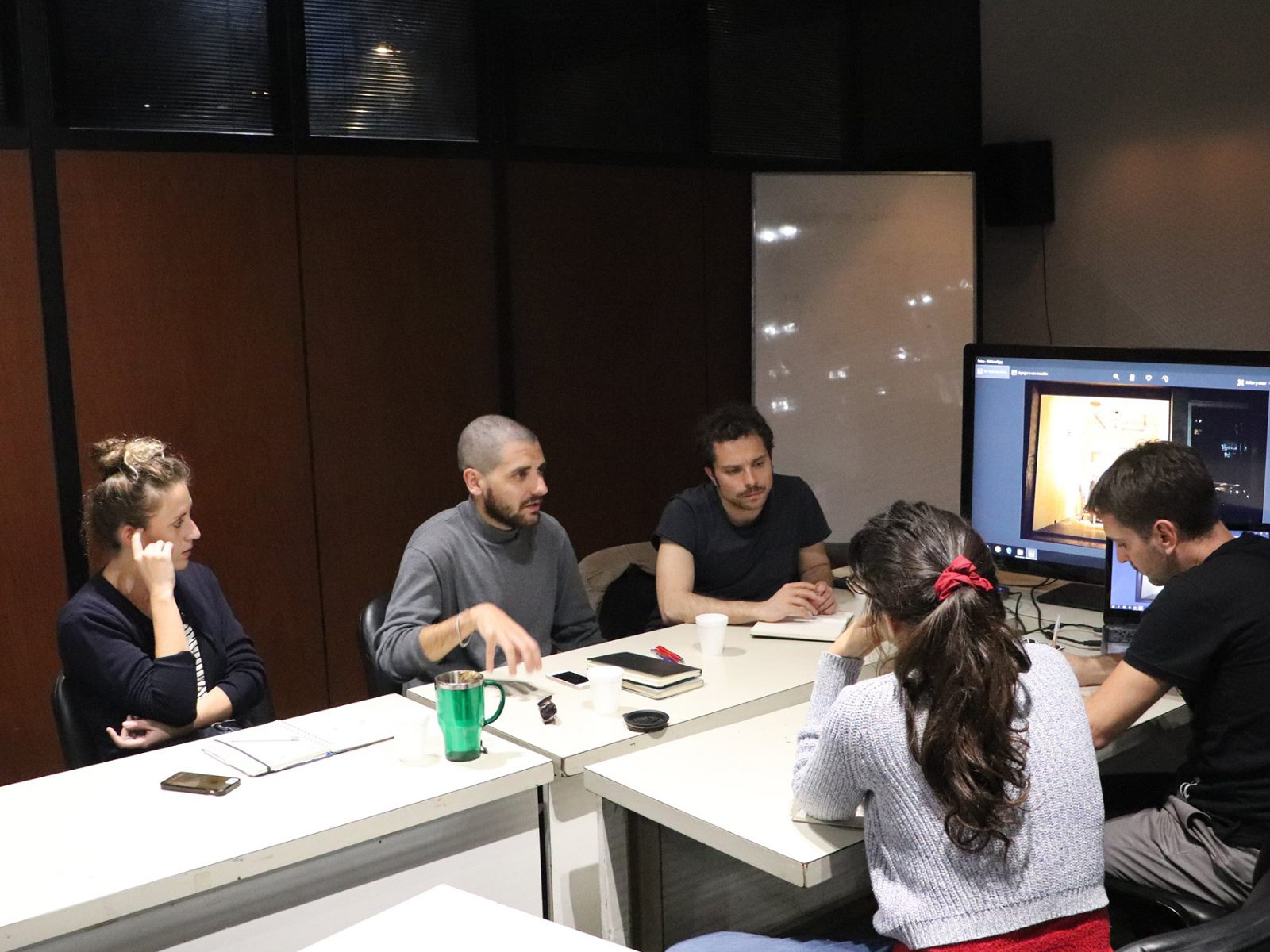 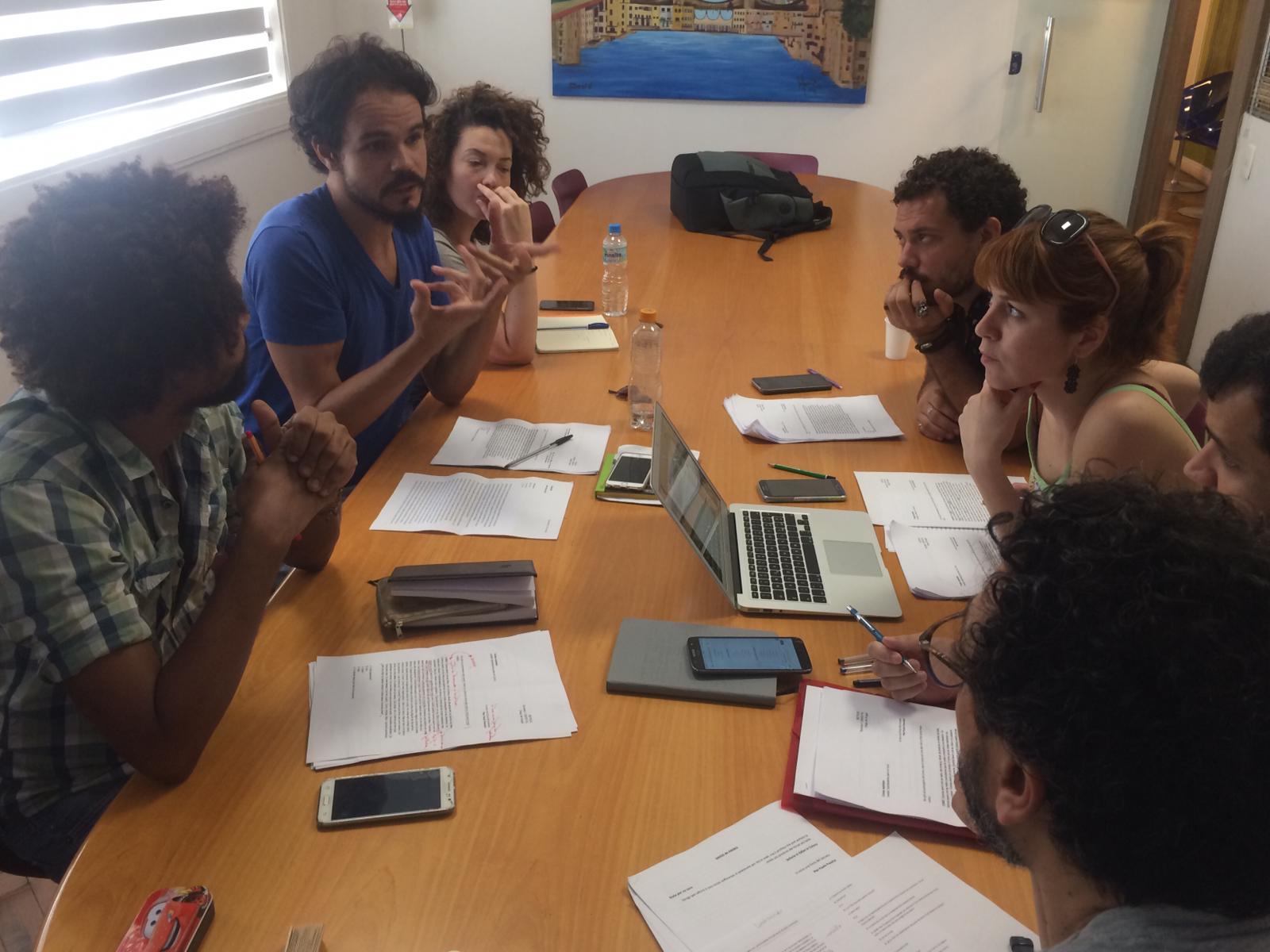 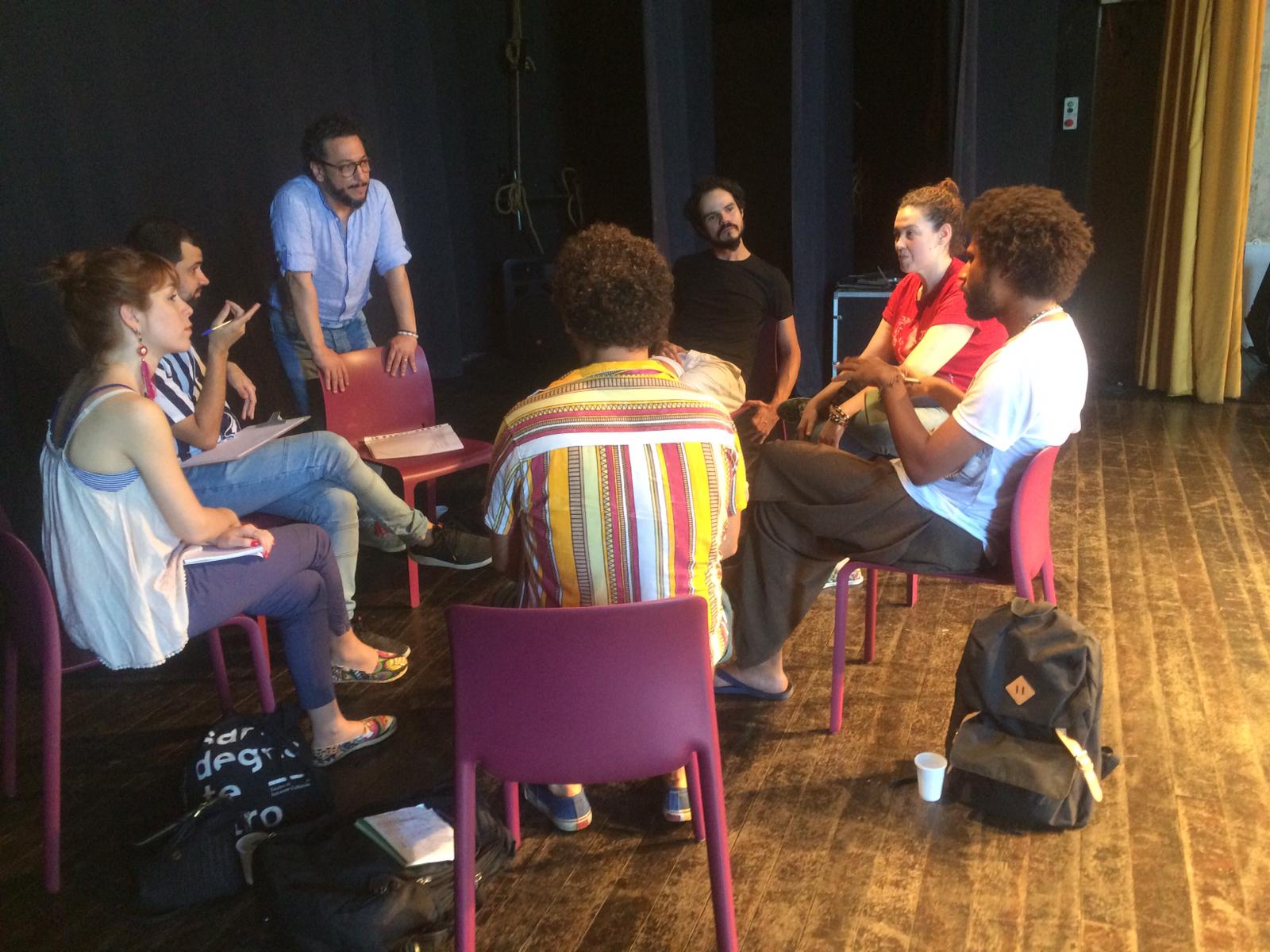 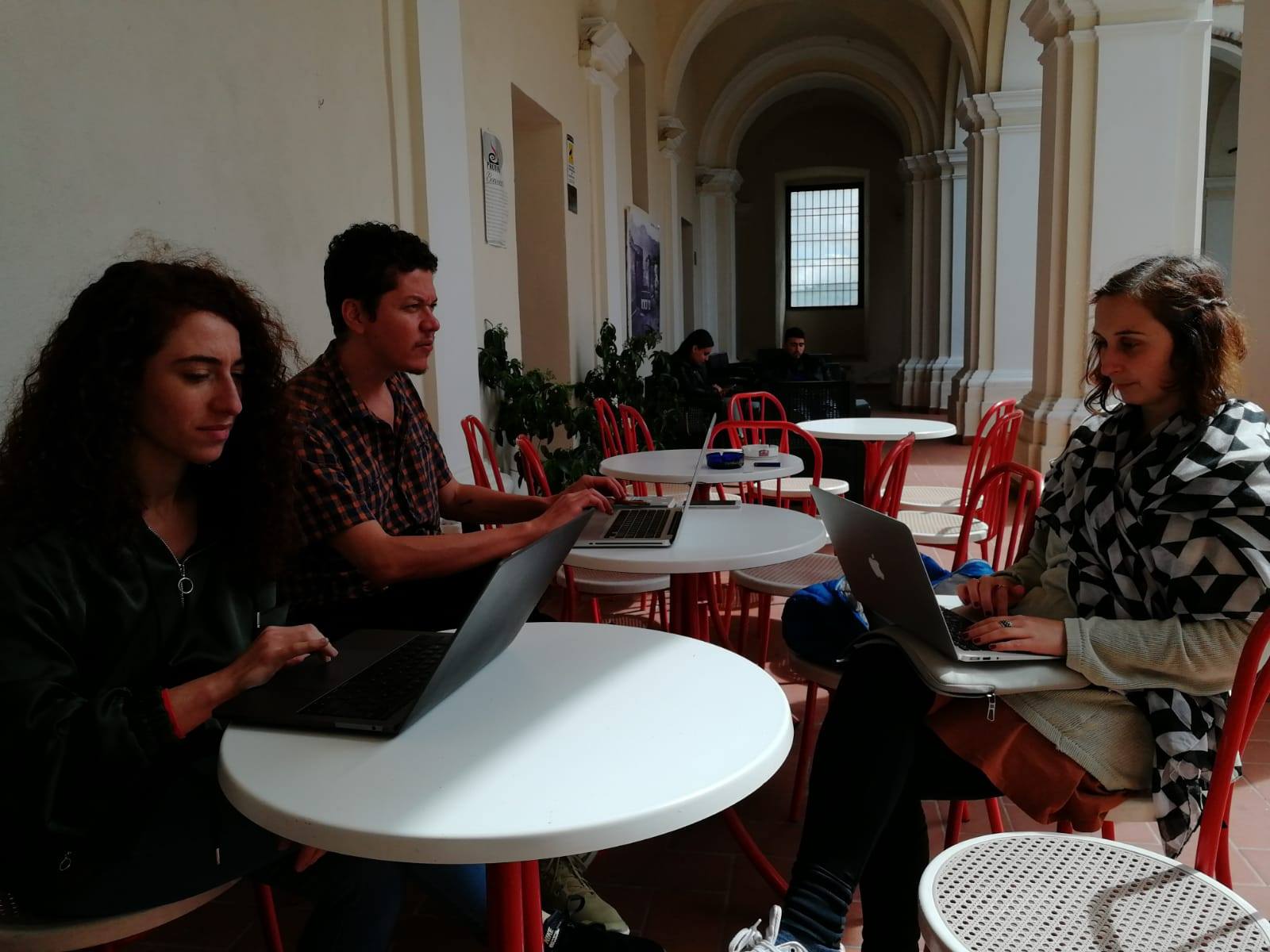 A Nave vai (The Ship goes)

Diverse moments that present the beginning and the development of a love relationship
between a man of 31 and another of 43 years, narrated from the point of view of a car with interior space for only two people. While the younger man fears the future, for fear of being seen away from the man he fell in love with, the older man seeks to escape his past, marked by recent traumas. The dramaturgy presents this relationship from an exposed dialogue between the car, affectionately called “The Ship”, and the pair of lovers. It seeks, with the presence of the character “The Ship”, to launch what would be just another love story, a refreshing look capable of bringing unthinking considerations about the experience of being alive and in love. The topic from which the dramaturgy was composed is approached in a different way: instead of presenting a homosexual relationship through a plot marked by intolerance and violence to the love between people of the same genre, “The Ship goes” affirms love as an experience that ground us and makes us, regardless of our sexual orientation, human beings.

A history of impossibility

“Una Storia di Impossibilità” is a drama in a single act, which tells the story of a couple, whose names are UNO and MOGLIE, and his best friend, ZERO.
UNO and WIFE are recently married, and he reveals that he cannot have children, that he is “sterile”, probably due to the use of drugs done at a young age. The two face the problem with great pain and try, initially, to find a solution when UNO has an idea: to make ZERO conceive his son, his best friend, a friend of his time, known years before. UNO and ZERO meet, and after knowing everything, ZERO agrees to conceive a child with WIFE; he does it because of the enormous affection he feels for ONE, he does it, out of a love he never confessed to try for him. But the story takes a different, unexpected turn. MOGLIE senses a special attraction for ZERO, for her husband’s best friend, an attraction perhaps also fueled by fertility, the possibility of conceiving a child. ONE goes into crisis, a silent crisis, silenced for the love of WIFE and for the love of this child who is about to be born, who kicks, and kicks and kicks.
A few hours before the birth, however, UNO and ZERO meet, to close the matter with a murder. ONE can’t stand to know ZERO alive. AND ZERO, agree to be killed before the baby is born. After the murder, UNO, obstetrician, runs to be there for the birth; the child, however, is born without legs. WIFE does not want to keep him, but ONE feels that he loves this malformed child, the son of a love that characterizes a story of impossibility. They will keep the child; he will grow it like his son and decides to draw the moment, the first moment in which WIFE holds it in his arms. In the text there is a character, the DIDASCALISTA, who links the various scenes (which do not follow a precise temporal order) through a direct explanation to the public of what happens;